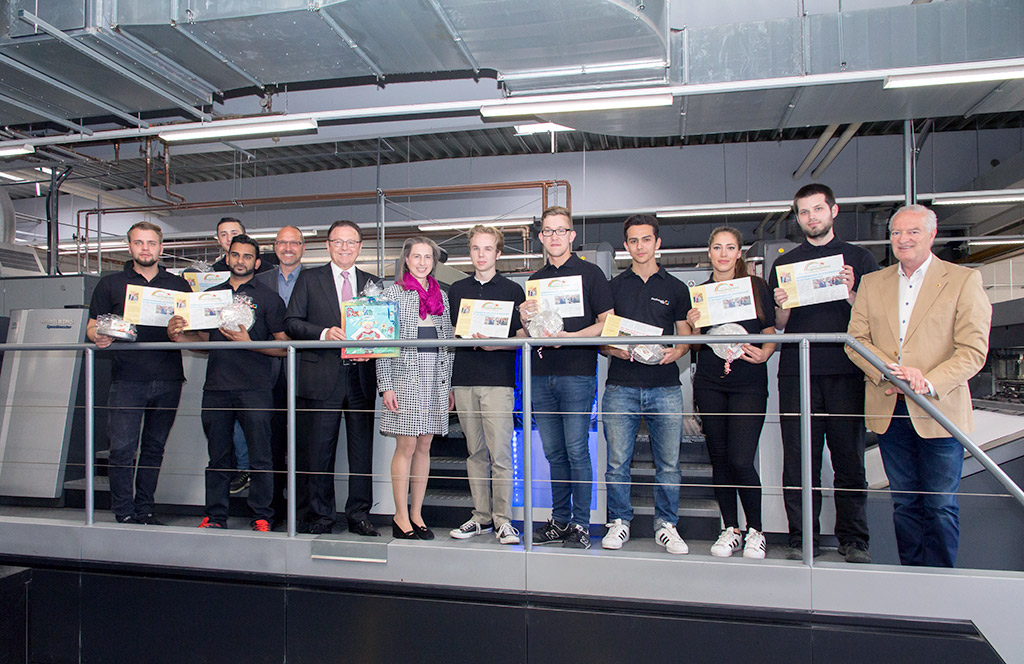 The newspaper of the Regenbogenland children’s hospice has been published every spring and autumn since 2004. Since October 2010, the Düsseldorf-based Druckstudio Group has produced the newspaper in runs of 10,000.

The trainees that made up the team this year were:

What’s more, the two most recent issues were produced using a state-of-the-art editorial system that made it possible for those involved to change texts and confirm approvals directly and online. The Regenbogenland newspaper is now also available in digital form, as a virtual flipbook on the website. The team proved to be highly competent, reliable and efficient, and worked together well to create an impressive final product.

Druck&Medien Awards 2018 – twice awarded: Silver as “Annual Report Printer of the Year” and Bronze as “Environmentally Oriented Company of the Year”

Another hat trick – the Druckstudio Group has once again been awarded ISO 9001, ISO 14001 and ISO 50001 certification