back to > news overview 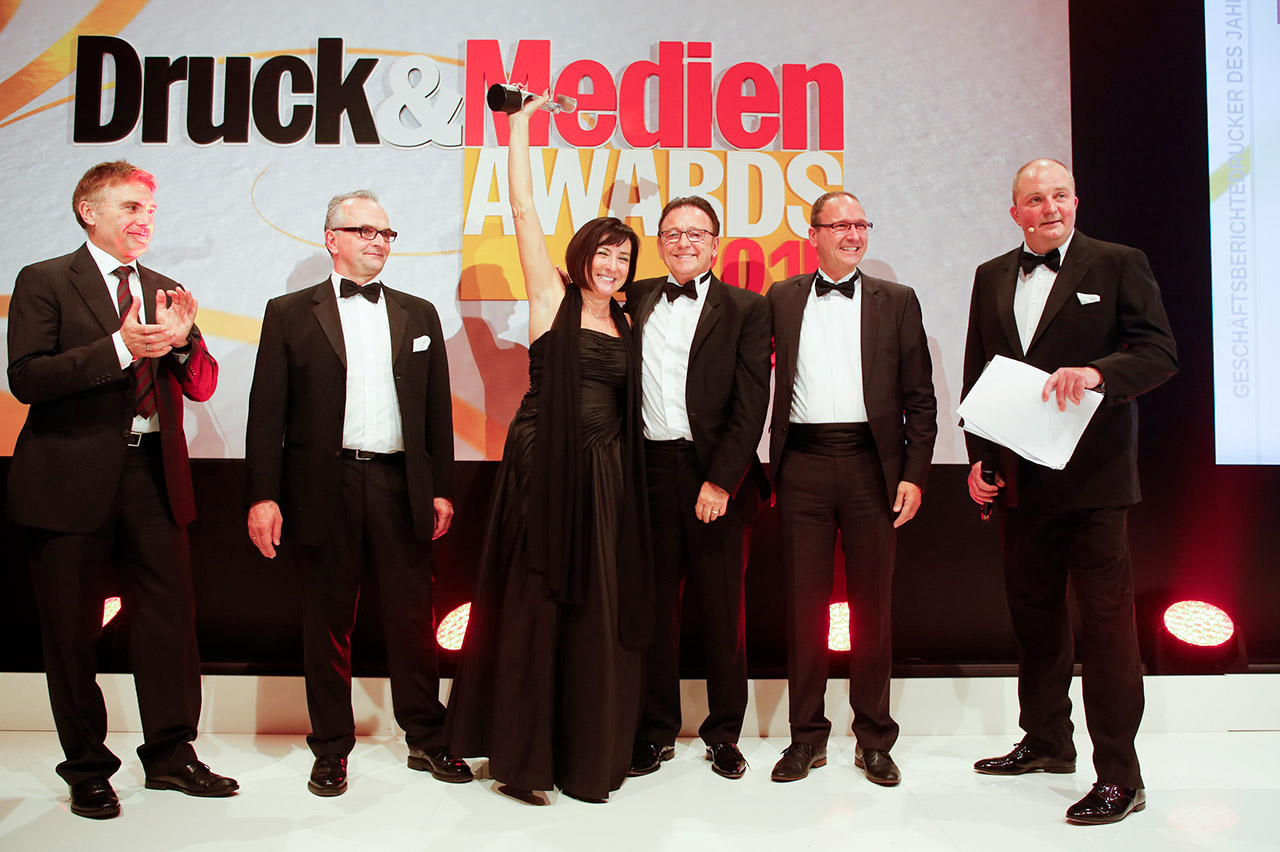 The management team accepted the award for “Annual Report Printer of the Year” in Berlin. 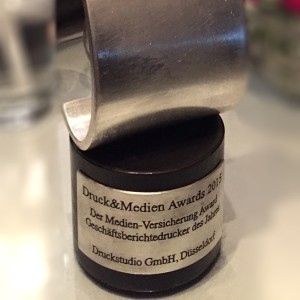 Thanks to especially high-quality annual reports, the Druckstudio Group was able to beat off stiff competition in the “Annual Report Printer of the Year” category. When reviewing the submissions, the panel of 31 judges were not just looking for production quality, first-class surface finishing and postpress techniques, but for originality and user-friendliness. “Annual reports represent the very pinnacle of printing work. They are the vehicle that Germany’s best-known companies use to showcase their facts, figures and strategies at the highest level. The Druckstudio Group is one of the few players that can compete in this league. And that should come as no surprise, since the company has chosen to focus in particular on offset printing featuring maximum precision and brilliance. However, digital printing and non-print production pose no problems for the Dusseldorf-based group, either. What’s more, sustainable and ecological printing processes are also part of the package at Druckstudio.” That was how the judges summed up their views.

Each year, the “Deutscher Drucker” publishing house selects leading companies in the German print and media industry for special achievements. And, every year, the 24 categories of the Druck&Medien Awards show just how diverse and wide-ranging the industry is.

Further information is available at:
www.druckawards.de
The video for the ceremony

Druck&Medien Awards 2018 – twice awarded: Silver as “Annual Report Printer of the Year” and Bronze as “Environmentally Oriented Company of the Year”

Another hat trick – the Druckstudio Group has once again been awarded ISO 9001, ISO 14001 and ISO 50001 certification