Druck&Medien Awards 2011: Druckstudio wins in the category “Social Print Project of the Year”

back to > news overview 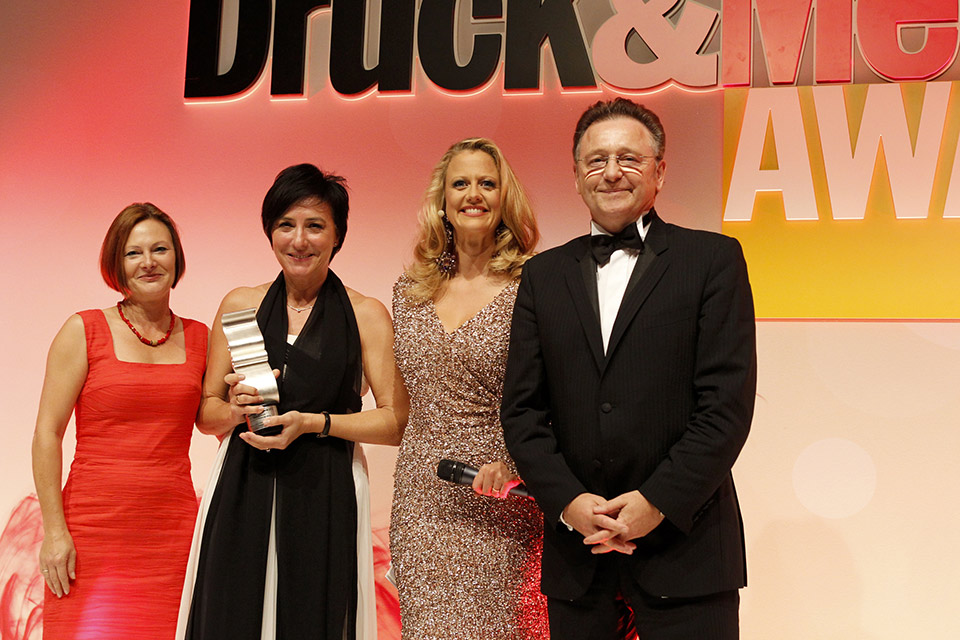 The Druckstudio Group, based in Düsseldorf, is doing its bit to help young people in our community. In recognition of its commitments, it received the accolade “Social Print Project of the Year” at the Druck&Medien Awards 2011. Host Barbara Schöneberger presented Druckstudio with the prestigious industry award at the gala event in Berlin, honouring the company’s consistent commitment to social causes. Druckstudio supports associations and institutions that help children and young people in the Düsseldorf area. The company provides around EUR 50,000 of sponsorship each year in the form of print products and financial support. 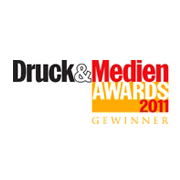 “We apply the same high standards we set for our products to our social commitments”, emphasises Managing Director Werner Drechsler. “Sustainability in all areas is more than just a buzzword for us – we take our social responsibilities as a company very seriously. That’s why we want the community to share in our success.”

Druckstudio has been supporting the “Regenbogenland” (rainbow land) children’s hospice in the Gerresheim district of Düsseldorf since October 2010 by printing its informative newspaper free of charge. Some 10,000 copies of this newspaper are printed two to four times a year. What makes this contribution stand out is that it is produced by trainees at the Druckstudio Group. They are in charge of the entire process – from layout, setting and printing to postpress.

The company also prints all brochures free of charge for the Düsseldorfer Tafel and Kindertafel initiatives, which give disadvantaged school children a hot meal at lunchtime. In addition to print products, Druckstudio offers financial support to various institutions. These include Dolphin Aid, an association that provides dolphin therapy for children in need. The company donates a five-figure sum to this initiative. Druckstudio helps sick and abused children through Sterntaler e.V., and infants and children suffering from the rare disease reflux benefit from its donations to Refluxkinder e.V.

Each year, the trade magazine Druck&Medien recognizes the outstanding achievements of companies in the print and media industry in Germany with the prestigious Druck&Medien Awards. This year was the seventh time the awards had been presented. The 20-strong panel of judges selected outstanding individuals, teams and companies in 21 categories. This was the third win for Druckstudio GmbH. Besides several nominations, the company was crowned “Magazine Printer of the Year” in 2008 and Commercial Printer of the Year in 2009.

Druck&Medien Awards 2011: Druckstudio wins in the category “Social Print Project of the Year”

Heidelberg Eco Printing award 2011: Druckstudio one of the world's most eco-friendly print shops